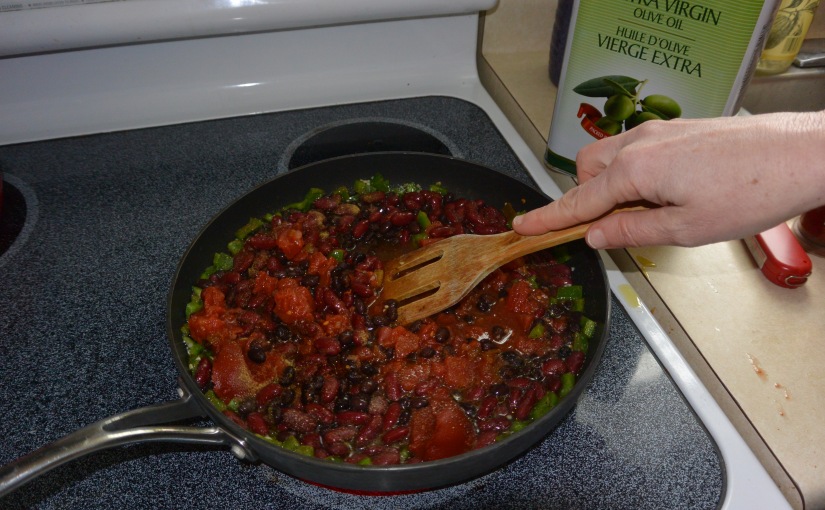 Every night I seem to get the same question from my family: What’s for dinner? Always hungry these people.

My rotation is fairly limited, but dependable — unlike the Boston Red Sox.  Ziti or lasagna, chicken with Mexican rice, homemade pizza, meatball subs, panini sandwiches. I also really like take-out. Growing up my mother seemed to also have her go-to dishes: shepherd’s pie, pork chops, breakfast-for-dinner, are a few that come to mind. On occasion, she tried new things, but they weren’t always met with a warm reception. (To this day, salsa is far too radical of a food idea for  my father to even consider.)

I do remember one new dish my mother made that I loved: French onion soup. My mother found a recipe after ordering it several times at a nearby restaurant called the Barnside Tavern. I was thoroughly impressed that she could recreate the soup at home, served in dark brown crocks with overflowing cheese.

Last weekend my daughter Elizabeth ordered a delicious three-bean chili at a restaurant in Portsmouth, N.H., called The Works. Since she had a bad cold, the chili was the perfect comfort food with enough heat to clear her sinuses. 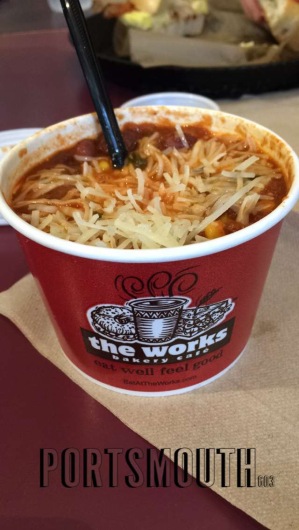 Like Alice, I thought we could recreate the dish at home. I had never made chili before but with the Super Bowl the following day, I thought it would be a good time to try. Here’s the recipe we found from Cooking Light:

The store was out of fresh cilantro so we didn’t add any. And we served with Monterey Jack cheese and Fritos on the side. It was delicious. And everyone liked it. Next time I would double the batch.

I’m not sure why cooking feels like such a chore sometimes. On occasion I adopt an auto-pilot approach. It’s not that I don’t like the final product; it’s the process that I don’t enjoy as much as I wish I did. All the chopping and dicing, the cleaning up. And I know from every self-help book, Oprah magazine and tea bag I have ever read, you are supposed to enjoy the journey. I like the part when we are sitting down at the table. But there is a boost that comes from trying something new.

Maybe some day I will be as accomplished in the kitchen as my mother,  but she’s quick to point out that she didn’t start out that way. “I’m not that great of a cook, Susan,” she corrected me the other day. “Don’t put me up on a pedestal. When I first got married I was a terrible cook.”

Before the age of microwaves, she said she especially struggled with timing, making sure the meat, potatoes and vegetables were all hot at the same time. For those of you who watch Downton Abbey (which my daughter Elizabeth says is the same as the Kardashians except the people have British accents) , it calls to mind the struggles of poor Mrs. Hughes. She can’t seem to make her new husband, Mr. Carson, happy in the kitchen. I think she should dump every dish that he criticizes right on his head.

One of my parents’ first fights happened in the kitchen. After trying hard to make a nice dinner for her new husband, my mother dropped the roast beef she was taking out of the oven onto the kitchen floor. She blamed my father, who had repeatedly promised to fix the faulty oven door. My mother was so mad she left the roast beef right where it was. My father was so mad that she blamed him that he did the same.

Growing up we were told that the roast beef sat there for hours. My mother know says it was probably closer to 30 minutes. Eventually my parents agreed to pick the roast beef off the floor together. There may be more romantic stories to share for Valentine’s Day, but I always really liked that one.

4 thoughts on “Mixing it up in the kitchen”