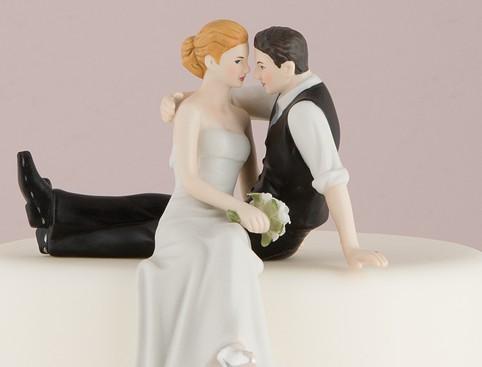 Fifty-five years ago today, Alice and Tom Flynn tied the knot. Most Americans think of the Internal Revenue Service deadline when they hear the date April 15. I think of my parents.

As the story goes, my father first spotted my mother while taking the train from Boston to Hingham. He noticed her red hair and asked a friend of his who also knew my mother to share some details about this gal. The guy knew her name was Alice Kelly and she often went to a dance with her friends on Saturdays nights. A few days later my father showed up and asked her to dance, even though my mother was dancing with someone else at the time. He did not have all the social graces back then, or now. But my mother fell for this freckled-face guy from South Hingham who made her laugh and liked to ice skate and fish and take walks on the beach.

When I was a kid, I used to wonder why my mother would ever jump in the car and ride to the town dump with my father and a station wagon full of trash. As a parent, I now know it was probably to get a break from her four kids. But I also know  that she genuinely enjoyed his company. My parents like to be together, always have. If my father went clamming, my mother was by his side to point out the shells she spotted poking out in the sand. If my mother went to a craft fair to sell her flower arrangements, my dad was there to load and unload the car, and count up the profits. They have shared many adventures together, along with five houses and four kids. They are still having adventures.

Today, they returned home from a short anniversary celebration stay at a hotel on Nantasket Beach, which is where they had their wedding reception many years ago. The venue was called The Showboat and it was destroyed in the Blizzard of 1978. I always liked the wedding photo of the happy couple at the head table that shows my mother holding a sign, “Under New Management.” On their recent trip, they managed to walk the length of the beach a few times, and at night they left their balcony door open a crack to better hear the waves and smell the salt air. They like the same things. Always have.

Like Alice, my wedding anniversary is in April, one week later, on April 22. When selecting our date,  I liked the fact that we would be married the same month as my parents and also the fact that our chosen venue would be a lot cheaper in April than the summer months. With forsythia blooming, the grass greening and the sun growing stronger, April is a month of so much promise. Seemed like a good month to start a marriage.

Twenty-one years later, I can honestly say that if my city had a dump, which it doesn’t, I would jump in the car to take a ride with my husband anytime, even if the car smelled of trash. Because, like Alice, I married someone who I like to be around, pretty much anywhere.

This year my father gave my mother an anniversary card, which she described as perfect. The front reads as follows:

The moment I saw you I knew we’d fall desperately in love, get married and have kids … (open the card)  …  And drive each other crazy for the rest of our lives.