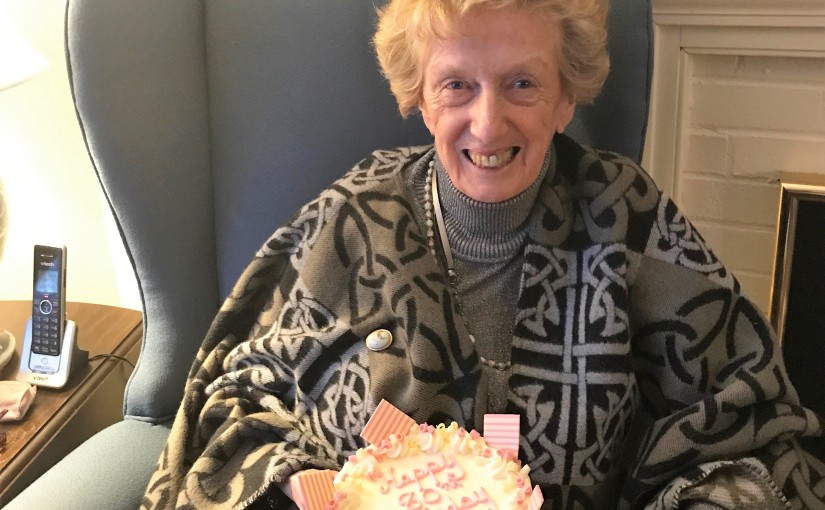 To begin the new year with a fresh start, my mother, as has been her tradition, set out to buy new white T-shirts and underwear for my father. In with the new and out with the old, as they say.

Her task brought her recently one weekday afternoon to the nearby K-Mart. After several minutes searching and unable to find the right size, she asked two workers passing by for some help. The two nice employees told my mother that this was not their department but they would find someone who could help. One stayed back with my mother and the other left to  search for someone who knew more about Fruit of the Looms and the like. As they waited, my mother and this man-from-another-department continued to search through the rows. Still not having any success in finding the right size, he suggested that my father might like another color other than white. He assured her that most men don’t even wear white anymore. But my mother insisted that only white would do.

“He’s old  school?” he asked. My mother said, yes, her husband is definitely old school. In the course of conversation, as they continued their search, my mother asked this nice man what department he actually did work in.

My mother left the store laughing. And every time I think of the maintenance man diligently helping her look for my father’s new underwear, I do, too. But the story is classic Alice Flynn in so many ways. People like to help my mother. They always have. She goes to a yard sale and the next thing you know the owner of the house is loading up his truck to drive two towns away to deliver the furniture my mother had just bought from him. “It’s no big deal,” they will tell her. Even if it is a big deal. She is warm, approachable and also open to accepting help. To me, this story also is a wonderful reminder of how my mother is more than willing to laugh at herself and find humor in the every day.  Who knew a quick trip to K-Mart could offer so much potential for amusement?

Yesterday we celebrated and toasted Alice Flynn’s 80th birthday. How lucky is this family to have her? How lucky  is everyone, really, who knows her.

To honor Alice yesterday, we played a special themed trivia/Jeopardy game. The team that consisted of my sister Kathleen and my nephew Joseph were the big winners. I have shared a few questions here if you would like to play along, too. (Answers at the bottom).

1.Where was Alice Kelly born?

2. What was the name of Alice’s dog growing up?

3.What country has the highest percentage of redheads?

5. If Alice won an all-expenses-paid trip to one of these four destinations, which one would she chose?

A. Cruise to Alaska

7. What percentage of the world’s population has red hair?

8. What is the official flower of Massachusetts?

9. This famous redhead has appeared on more TV Guides than any other celebrity?

10. What house would Alice consider her all-time favorite?